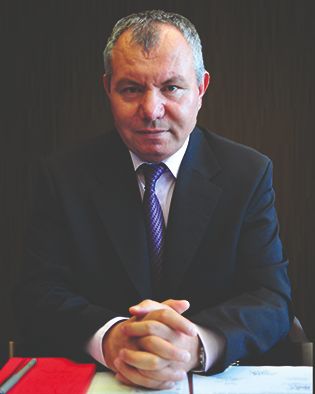 Who is Mustafa Kurt?

He was born in Nevşehir in 1965. He graduated from Hacettepe University Ankara State Conservatory theatre Department in 1988, which he entered in 1984. In the same year, he was appointed to Adana State theatre as an intern artist. He worked as the manager – art director of this institution between the years 1994-2004 where he worked as an artist between the years of 1989-1994. He is the founder of State Theatres Sabancı International theatre Festival.

Between the years 2000-2004, he taught stage and acting at Çukurova University State Conservatory Theatre Department as a lecturer. He worked on the graduation plays with senior students at the conservatory.

He is the owner of "TURKSOY 20th Year Medal", which is prepared for people who have outstanding services in the field of culture, art and science in the memory of the 20th anniversary of the foundation of Türksoy. The award was given to him on November 28, 2013.

He started the Local – International play weeks in Ankara for the first time in State Theatres.

He started his duty as General Art Director of State Theatres in 3 January 2018.

He was principally assigned to the duty of General Directorate of State Theatres in 19 August 2018.

He is the owner of “TURKSOY 25th Year Medal” which is prepared for the memory of International Turkish Culture Institute in 26 December 2018.

On 1 November 2019, Edirne State Theatre has been opened.

Mobil Theater Traveller Stage met with the children on 1st of July 2020.

Open air Summer Performances met with the audience on 2nd of July 2020.

Some plays that he took part

Much Ado About Nothing: William Shakespeare

Run For Your Wife: Ray Cooney

The Teahouse of the August Moon: Vern Sneider